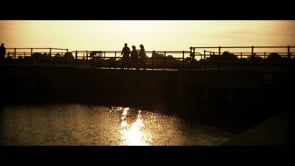 I was really pleased to be invited by the BBC to produce a 3 minute video as part of their Ten Town Tour project. The video had to be filmed, edited, written and narrated by the film maker so it was quite a challenge for me as I’ve not written a script before, let alone recorded my own voiceover!

Many of the local film makers involved in the project had to make films about the towns they live in but because my home town wasn’t one of the lucky ten this year I was commissioned to base my film on the town of Kings Lynn. I very rarely visit Kings Lynn so it was quite a challenge deciding what to write about it. My first idea was to base my film on the Speedway team in Kings Lynn but after filming a speedway race I didn’t feel it was the right subject for my film.

One thing that I discovered when looking around the town for ideas was how historic the place is, I’d never really looked past the industrial areas that surround the town or the shopping areas at its centre. I decided that my film would be about that discovery.

I spent a day shooting with my Sony EX1 & Brevis 35mm adapter but for some reason the adapter stopped working half way through the day and it wasn’t until i got home that I realised much of my footage was useless! Last week though I picked up my Canon 5D kit so I went back and reshot some stuff with that. It’s a bit annoying that the film has two obviously different qualities, but I’m happy to turn a blind eye to it this time.

I used my glidetracks loads during the shoot, I have one of the newer HD version now which is great with the EX1, I’ve also cut down my old SD model which makes a great lightweight track for the 5D.