I had the pleasure of attending the Sony Professional 35mm launch event in London and what an exciting morning it was! The event started with a presentation about Sony’s top end HDCAM SR offerings in the form of the “Cinealta” F35 and SRW-9000PL cameras. We then moved on with an introduction to the PMW-F3 and shown the following informational piece about the new camera. 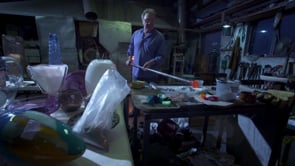 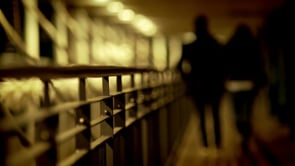 To be honest I find it quite difficult to judge image quality in an environment like the one used for the sony event, it’s always hard to know if what you’re looking it is limited or enhanced by the projection system itself. That’s not to say that I wasn’t impressed, I thought the footage looked stunning but it’s not until you see it in an environment your familiar with that you can really judge the aesthetics of the footage itself. Even in the vimeo clip above though I think you can see that the camera produces very nice images indeed. Bare in mind though that these were shot using a 400 mbps recorder and not the 35 mbps XDCAM-EX codec built in to the camera.

I don’t proclaim to be an expert at analysing images, I’ll leave that to the likes of Alister Chapman who always does a fantastic job of analysing footage and comparing it to Sony’s other cameras. All I can do is say that I personally find the images very pleasing. The results shown reminded me of the look that used to be achieved with high end 35mm adapters on the EX1, but of course without all the side effects that putting additional kit in the light path causes.

I need to spend some time writing about this new addition to the S35 lineup and will do that over the next couple of days but the main things that I picked up from listening to people at the event are that this new camera should be available mid 2011 and features the same S35 sensor as the F3. The cameras designer was very keen to point out that the sensor is a big improvement over the one used in the consumer oriented NEX VG10. The NXCAM HD uses Sony E mount lenses and features a removable hand grip. The designer explained the reasoning behind the removable grip to be aimed at making the camera modular and adaptive to the environment it’s being used in. He felt that somebody running the camera on a tripod would prefer to have the grip removed whereas it would obviously be essential for handheld use.

A price of €6000 was mentioned at the event although it’s probably too early to put a hard price on the camera to be honest as even the F3’s price hasn’t been confirmed yet and that cameras a lot closer to release. Limitations that seemed apparent are only one XLR input and it will provide 24p or 25p options depending on if you buy the US or European version.

In terms of the F3 it was great to get some hands on time with the camera. After writing my layout review I felt pretty familiar with it’s components and there were no real surprises other than the camera did look a bit bigger than I was expecting, it’s a lot more chunky than an EX1 and certainly looked impressive. I hope to get the chance to shoot with it when review units are available and that’s when any highlights or niggles are likely to surface.

All of the clips we were shown looked great but until I get to see how the camera performs with reasonably priced lenses and recording to the 35mb XDCAM EX codec it’s always going to be hard to compare it to the results from my EX1 and Canon DSLR’s. Certainly after having some hands on time with the F3 I’m thinking that it could be a good fit for my business needs but I really need to get some hands on time in a shooting environment to be sure. The ergonomics and XDCAM workflow would definitely be an improvement over dealing with DSLR’s for my projects.

I’m going to write more about my thoughts on todays event in the future and I have a lot of footage to go through as well but for now here’s a few stills I grabbed during the event. It was great spending time with Phil Bloom, Phil Johnston from HD Warrior and Rick Young from Mac Video, all of whom are included in the pics below.