Sony revealed the NEX FS 100 yesterday, this is the camera that was first shown with huge excitement at Sony’s F3 launch event a few months ago. Den Lennie from F-Stop academy has released a video where he describes the new camera and how he was invited to be part of the team that developed it.

This looks very interesting, I’ve been very tempted by the F3 but have struggled to justify the outlay in terms of return for my business. NEX FS 100 is expected to retail for a more reasonable $6,550 so should make for a more realistic competitor to DSLR’s from Sony.

It records AVCHD at 24 mbps to an SDHC but also outputs a 4:2:2 clean signal via HDMI so should work well with an external recorder. Den Lennie mentions in the video below that it also supports 50 / 60 fps at 1080p,  that’s excellent news and will be something that would make a big difference to me and my shooting as it gives the ability to overcrank for slow-mo without taking a resolution hit.

I’d love to see it with a Canon L lens adapter that can communicate with the L lens electronics.

The only negative thing I took from the video was that Sony have stuck with their older NP-F batteries, personally I would have preferred to have used my Sony BP-U’s but I can understand that decision as the other the NP-F batteries are also used in the other NX cameras.

For the full details visit the Sony UK Website

Update: The Sony NEX FS 100  is now available to purchase from B&H as a Complete kit with lens or Body Only. 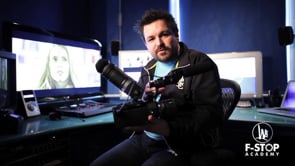