Goodbye Hillman, and thank you.

I’ve just found out the very sad news that aged just 51 Hillman Curtis has passed away after losing a battle with colon cancer. Hillman played a big part in my move from a flash developer to becoming a filmmaker when he showed some of his early films at the ‘Flash on The Beach’ conference in Brighton in 2006.

I highly recommend you watch some of Hillmans videos as he created some fantastic work. As a very successful designer Hillman made a point of never letting his love of video become a job and I always respected him for that.

For me though this very simple short which played on that winters day in Brighton will always have a special place in my heart. Hillman sat on the stage that day and cried as the video was played out, he explained that he had fallen in love with those dancers through the shooting and editing of the video and for him having the video played was like having a memory wrenched out of his heart and he found it extremely emotional. 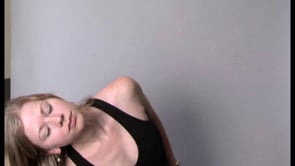 I felt a real connection with Hillman that day, he started out as a musician, then because of an understanding of computers he moved into design and web technology, not dissimilar to my own experiences in life at that point. I felt a very strong need to talk to Hillman after the show which I made a point of doing. I explained to Hillman that I really wanted to get into video and filmmaking and we had a short but very interesting conversation about it.

One of the things that Hillman spoke about was how he felt that it was important to keep reinventing yourself and changing direction, those words would have a big impact on my decisions over the next few weeks.

Hillman signed a copy of his book for me there and then and I knew at that point that I had to make some big and risky changes to both my career and my life.

Over the next month or so I started shooting my first short videos and like Hillman found the process to be both emotional and satisfying. By that time my role at the design agency I was working for  just didn’t seem to satisfy me any more and I made the decision to hand in my notice.

During my leaving speech two months later I explained to my colleagues that it was all Hillman’s fault! I’ll always be grateful to Hillman for helping me make that decision, it was one of the best I’ve made.

My thoughts are with Hillman and his family at this very sad time. 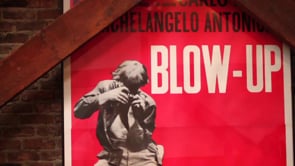