Is it all about the story?

I can’t help noticing lately that many people in the online filmmaking community seem to be bigging up the art of collaborative story telling as the ultimate goal of the filmmaker. Whilst I agree that story telling is both a powerful and very satisfying part of filmmaking I also think that it’s important to remember that not all filmmakers aspire to follow that path.

There seems to be an assumption that anybody who uses digital video creatively should be ‘maturing’ into short film production and features. I disagree with that, I don’t believe there should be rules when it comes to expression and what inspires and fulfils us as creative individuals.

I’ve lost count of the number of times I’ve witnessed the belittlement of the guys who film their pets or children playing, the guys who shoot everyday objects in slowmo or the ones that just point a camera at people walking around, set it to music and call it a test. I’m guilty of all of the above in the past and I can tell you that I definitely don’t see those videos as simple tests before moving on to real projects. They are artistic creations and personal discoveries in their own right, even if they don’t entertain anybody else. 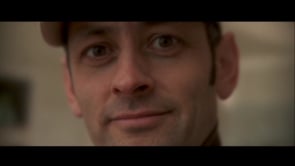 We all need to move forward and develop our skills, we need to set ourselves new challenges and I wouldn’t find producing any of those videos particularly interesting today but the reality is that I still get a bigger buzz from seeing some of those pieces than I do from watching an average narrative short film. Okay so they might not be interesting or even pleasing for anybody else, but I created them for my own satisfaction, not for the enjoyment of others! Does that make any artform less valid?

Ultimately the bar is set very high for story telling formats, many of the productions we enjoy on TV, at the cinema or via the web are crafted by very talented script writers, directors crews and post production teams who know exactly how to draw you into a story and keep you there. This isn’t something that’s easy to do on your own, it’s rare for any one person to have all of the skills required.

I’m not saying it’s wrong to strive forward in the story telling and collaboration direction, narrative story telling is without doubt where the moving image can be used to the fullest. It’s not however the only way to express yourself as a filmmaker and we need to remember that not everybody wants to follow the beaten path.

A video camera is basically a stills camera that shoots multiple frames a second and I often enjoy using them in exactly that way. It can be liberating to let your captured images speak for themselves, they don’t have to be formed into pre-determined stories before they have a value, regardless of what others might tell you.