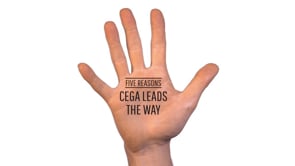 I thought I’d share this project I worked on recently as going in to it I planned to do the animation parts in motion but I decided to try doing the whole thing directly in FCPX. I was pleasantly surprised how easily FCPX handled the key framing and the green screen key, I did make a few tweaks along the way but in general the keyer in FCPX is really good.

For the graphical elements I created photoshop files with a transparent background and imported them as multi layer psd’s allowing me to keyframe each graphical part separately. Opening and closing the video animation fly outs for each element was a bit of a drag, especially when there were a few elements stacked vertically but the app handled the animation with ease.

[update – 11/02/2014 – 13:24]
As noted by Ian in the comments it’s a little confusing as the hand shown in the video is on a white background. It was shot green screen because the client wasn’t sure if they were happy going with a white background so I had to be able to use imagery or another colour if required.