To celebrate 110 years of the Harley-Davidson Motor Company and 30 years of the Harley Owners Group®, riders have gathered and partied in cities around the world. In Europe, Rome became the home of Harley-Davidson® for four days in June – an epic event that I had the pleasure of filming. I wasn’t working alone on this one though, I had help from Will Middleton, a camera operator that I met working on a project in London last year.

The Rome event was set on multiple sites, including the Vatican City and nearby beach resort Ostia, hundreds of thousands of passionate Harley-Davidson enthusiasts flocked to this beautiful part of Italy to commemorate 110 years of the legendary motorcycle. I’m not at all a religious person but none the less I was really honoured to be allowed to film inside the Vatican during a special Mass for the Harley Owners Group and also to film the Pope himself  when he was paraded in from of the thousands of Harley riders in the Vatican Square.

The rome event did however throw up a few extra challenges. The police and security people in Rome and especially those surrounding the Vatican are a tough bunch to deal with. One moment I would be told that it was fine to stand in a particular location and the next another security team would tell me to stop filming and move on, it was probably one of the most stressful places I’ve worked as yet, especially as many of the security people didn’t speak english.

One of the photographers that we were working with also had a Nikon D3 stolen on the train, he thought nothing off an old lady asked him a question but didn’t realise until 15 minutes later that at the same time his back pack had been unzipped and the camera body removed. It’s never a good idea to carry camera gear in a back pack, especially on a cramped train! Luckily the photographer was insured and ended up with a shiny new D4 body but the shots that he’d taken were lost forever… well maybe until the scrote who stole it posts them on facebook!

Here’s one of the videos created from the Rome event. 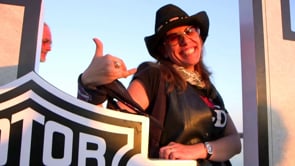 Moving on from Rome I shot again for Harley at the European Bike Week event in Faaker See, Austria. I’ve shot this event many times now and it becomes increasingly difficult to make it look different as in reality the event is pretty much the same each year. The addition of some shots with the Kessler Pocket Jib Traveller and the fact that I was supplied a rather excellent Jeep for the duration did however give me some new options. 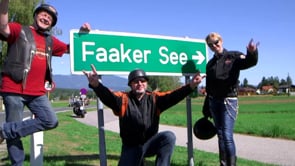