For a few years now I’ve been using the Canon EF-S 17-55 f2.8 as a general walk around lens when shooting events with my C300. Over that time I’ve become quite frustrated with it, mainly due to it’s nasty plastic construction and the way the horrible rear mounted focus ring feels in use. Lets also not forget the fact that it can cause vignetting when used with the C300.

Most of my other Canon lenses are L series which tend to have a better build quality and feel much nicer to use. When I purchased the 17-55 the only real alternative from Canon was the 16-35 f/2.8 but when I tested that lens against the 17-55 the image stabilisation in the 17-55 won me over and I opted to live with the horrible feel for the advantages the IS provides.

During  the next couple of years I was generally happy with the images produced by 17-55 but I never really got past the nasty feel of the lens, it also has a habit of sucking dust inside the barrel which can be annoying. Earlier this year something broke inside the lens during a shoot causing the zoom mechanism to get stuck, the 17-55 found it’s way unceremoniously thrown in to my spare parts box!

Over the next few event shoots I swapped between the Tokina 11-16 and Canon 24-105 but I missed the flexibility of having a fast mid zoom so eventually decided to look for a replacement. I visited the Wex Store in Norwich with my C300 to try out the Canon EF16-35 f/2.8 II and also have a look at the Sigma 18-35 f/1.8 Art series lens which I’d been hearing good things about online.

I tried the Canon 16-35 first. At £1064 it’s not a cheap lens but I’ve learned the hard way that it’s sometimes better to swallow the cost in favour of reliability and performance. The 16-35 II felt very familiar, the zoom and focus rings have the same loose but solid feel as my other L series lenses. I tested the dual pixel autofocusing on the C300 and the 16-35 responded extremely quickly. I didn’t feel I needed to worry about image quality from a lens of this standing, i was more concerned about feel and operational performance.

As soon as the sales assistant passed me the lens I was surprised at how heavy and solid it felt, it had a cold metal feeling that reminded me of holding my old Nikkor lenses.  Once fitted to the C300 I was immediately struck by the feel and responsiveness of the zoom and focus rings, they have a heavy yet extremely smooth travel which responds more like a cine style lens than a stills lens. Unlike the Canon L series lenses it’s really easy to perform a smooth zoom on this lens if required as well.

I’d read reports that the Sigma lens would only work with the dual pixel autofocusing feature on the C300 with it’s fully open at f/1.8 but that wasn’t the case and the lens focused successfully throughout the aperture range. The focus speed was slower than the Canon lens however I found that to be an advantage as a slower focussing looks more pleasing if used within a shot than a snap focus.

I found that both pulling focus and running the zoom on the sigma produced extremely fluid results that far exceed what I could produce with my Canon glass. Just to be sure I fitted the Canon 16-35 again and in comparison it actually felt clunky and nowhere near as nice to use. I was sold and purchased the Sigma there and then!

Two days after purchasing the Sigma I filmed an event for Harley-Davidson and the Sigma performed flawlessly. It’s a great walk around lens for the C300 and having the option to shoot at f/1.8 makes it great for low light shots and shallow depth of field work during the day.

I haven’t found any negatives to report so far. I do miss the image stabiliser from the 17-55 a little so it would be great to see Sigma add IS to the mix in the future.

I used the Sigma for most of the shots shown in the video below and would highly recommend it for video use. In fact, I’m now keen to replace some of my other Canon L zooms as well! 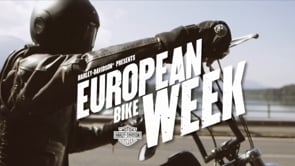