This week I wanted to do something a little more creative so I went out and did some filming with the Sony FX3 and the Sony 50mm 1.2 GM lens. I used to do a lot of these montage type videos and you’ll find some examples from over twelve years ago on this blog. 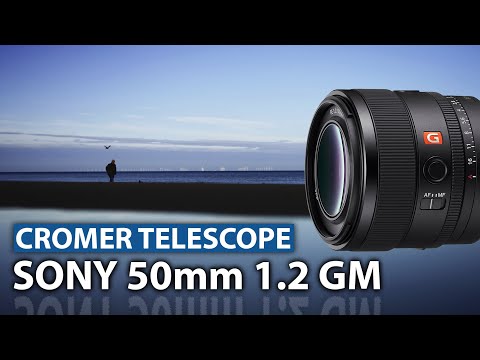 I’ve always enjoyed shooting these short montage videos as they can be done with minimal planning and allow me to be creative in both shooting and editing. I see these short videos as pure videography and while many people now scoff at that word to me this it’s not a negative thing at all. Videography to me Capturing moments in time in the same way a photographer would and I’m proud to be a videographer as well as a filmmaker!

This video was shot entirely with the Sony 50mm GM on the FX3, and it was an absolute dream to work with. Having the ability to shoot with an aperture of only f/1.2 can result in extremely narrow depth of field which provides lots of creative opportunities. The FX3’s autofocus system also allowed me to shoot some moving subjects that would have normally been impossible at such a small aperture.

The 50mm G Master lens is a real pleasure to operate, the focus is electronically controlled but manually focussing the lens still feels natural and not once did I feel disconnected from it. I really love the fact that this lens has a manual aperture ring as well. The aperture ring can be set to A (Auto) to enable control from the camera but I enjoyed setting it manually. I’ll certainly miss that when I change back to my other lenses.

I’ve always enjoyed using a 50mm prime as walk around lens but this new Sony has really exceeded my expectations. Not only is the lens incredibly sharp, even at f1.2 but it also seems to maintain contrast in the most backlit situations.

I was also using the Atomos Ninja V recording in ProRes RAW which I’m now a huge fan of. When it came to offloading the clips from the SSD it was so fast, and once in FCPX the ProRes files were buttery smooth to work with.

One of the main benefits of ProRes Raw is the ability to change ISO and white balance in post and both are now supported in FCPX. I shot using S-log 3 and used the expose to the right (ETTR) technique meaning that most of my shots were over exposed but only to the point where the highlights would not be clipping.

Once in FCPX I used Leeming Lut Pro lut’s to quickly convert the footage back to rec709 and then tweaked the exposure using the ISO setting for the RAW files.

Let me know what you think of the results, and how you feel about this form of videography. You can also view the video at the top of this post on my YouTube channel

Kit used for the video

The following are affiliate links. If you use these links to purchase products then I will make a small commission on the sale which is used to fund the production of these posts. Thanks for your support.

Viewing and changing exposure settings on the @sonyproeurope FX3 has become a lot easier thanks to this clever little monitor from @Portkeys_global.